Behind every great member of the York & Chapel team there’s a great pet (or maybe even a few!).

We’re a team of animal lovers, and we’d love you to meet the adorable pups and kittens of York & Chapel. 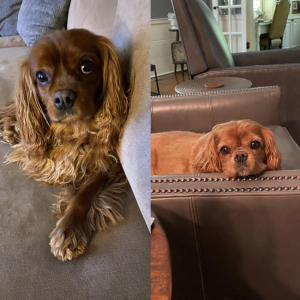 Background: These are my babies! I first met them when I started dating my husband, but they 100% prefer me now!

They love: Sitting on furniture and people. All people. Austin chases lights like a cat. Dallas likes to relax but sometimes she will spar with Austin after she has a treat.

Personality: Dallas is an alpha female and Austin just rolls with it. They also have a lot of ‘window courage’, so they’re always trying to bark at animals outside. 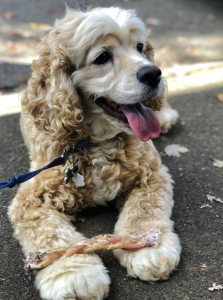 Background: A close family friend had a newborn baby and was unable to give Thor the attention and care he needed. During this time, our family was grieving the loss of our first dog. It was a perfect opportunity for our family friend to hand off their beloved puppy—and was much needed for our family to get through the difficulties of losing a pet. Thor came at a perfect time for us

Personality: He’s a little rascal for sure! He has the energy of a thousand suns. He’s stubborn yet loves cuddles and attention. He loves humans (and not so much other dogs).

Loves: He’ll eat whatever he can get his paws on–especially paper–but it’s hard to stay mad at him. 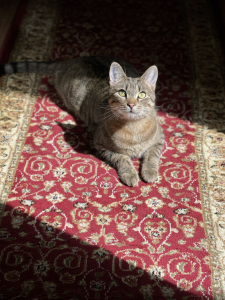 Background: We adopted him from a fantastic fostering group in Westchester, NY. They deserve a plug, because they’re great—check out Rock N’ Rescue!

Personality: He’s just turned one, so he is still an utter rascal! (And named after Woody from Toy Story). He’s definitely more of a dog than a cat.

Loves: He’s very high energy and loves to play all the time.

Background: I’ve had dogs for different periods of my adult life. Frenchies are the perfect breed when you want minimal exercise. Franklin will be my 4th Frenchie. I lost my 8 year old English Bulldog in the summer of 2020 and thought Frankie needed another sibling. I was wrong about that!

Personality: Frankie is the regal queen. She knows what she likes and will do no more than that. Franklin is excited about everything in life and feels he needs to meet everyone and everything on our walks. He has crazy energy that doesn’t ever seem to stop.

Loves: Other than her walks when the weather is nice, Frankie just likes to sleep on her blanket on the couch. She knows this is all hers. Franklin wants to explore and eat everything. 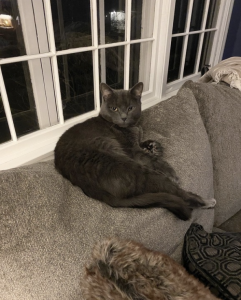 Background: He grew up at a nursing home as the community kitten, which is where we think he got to be so social, and probably developed his love for food.

Personality: We fell in love with him at the shelter because he walked around the room dodging the volunteers’ eyes, sticking his little paws in other cats’ cages and flipping their food bowls so he could eat their food!

Loves: He loves to sleep by the windows to keep an eye out for birds, and loves to eat Parmesan cheese (the only human food he’s interested in). 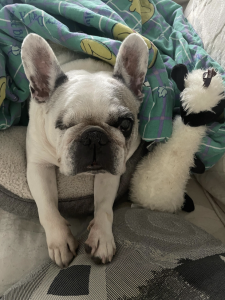 Background: Meet Moon, our one eyed Frenchie! We got her in January 2021 because her family needed to move back to Japan and they were worried she wouldn’t survive the flight. They already had two young children and were expecting a third so they also wanted to make sure she got the attention she deserves. Ever since we got her, she’s brought some much joy to our lives and came at a perfect time.

Personality: Moon is extremely stubborn; she knows exactly what she wants. If it rains, there is no way she is venturing outdoors. She’ll even give you the stink eye and stand her ground if you try to make her walk in a direction she doesn’t want to go. She’s the best sous chef cleaning up the kitchen and tasting the food as we go.

Loves: Her favorite things to do are get scratches from strangers, play fetch with sticks, and cuddle you with no personal space. You know Moon’s happy when she snorts, or grabs her favorite toy for you to play tug of war with.

York and Chapel’s Taste of the Holidays